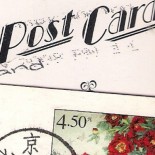 I paid another visit to the great National Theatre bookshop this week and bought myself some superb postcard box sets featuring the work of photographer Kevin Cummins. The NT seem to only have a handful of these left in stock to tie-in with their exhibition of Cummins’ photography currently on display in the Olivier Circle Cafe.

There are three box sets: Manchester & Liverpool, Joy Division and Morrissey and The Smiths. The first two contain 20 postcards ,the latter, 31.

Cummins, Manchester-born and bred, is the definitive photographer of the city’s music scene. His work has been published in almost every music magazine you could imagine, from Rolling Stone to NME and he has been widely exhibited for over 30 years. His images capture the energy, verve and ecstasy of Madchester, the hope and despondency of the 1980s and the creative energy of a city like no other. 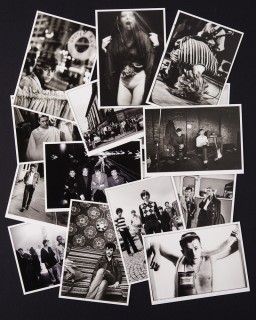 The Manchester and Liverpool box set (above) is the lesser of the two I bought, if only because some of the images are so familiar to me through their commercial use and have attained iconic status. This set includes photos of The Farm, The Stone Roses, Shaun Ryder, The Factory, The Hacienda, OMD, The La’s, Holly Johnson, Buzzcocks, New Order, Joy Division, Ian McCulloch, Pete Wylie, Ian Broudie, Julian Cope, Oasis, The Smiths and Ian McNabb. They range from late 1970s punk to mid-90s Britpop. 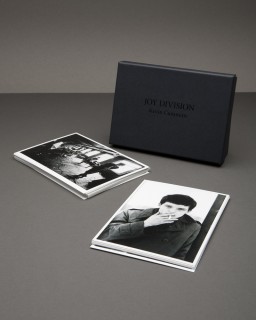 The Joy Division box set is a real treasure; from snowbound urban landscapes to spartan rehearsal rooms, these images are shot through with intensity and emotion. It’s unavoidable to look at these postcards without considering Ian Curtis’ suicide, at 23 years of age. It’s almost impossible to capture music in a photograph but what Cummins has managed to do here is capture the unfulfilled promise of band on the verge of greatness. He does this without hiding the truth of the band; each photo is honest, un-airbrushed, often desolate but also invigorating and charged with energy, especially those of the band playing live on stage. That there is an overwhelming sense of tragedy when considering these pictures just makes each image more evocative, more moving, and surprisingly, more uplifting. This is a set of postcard which ultimately celebrates youth and hope, not loss.

All three sets of postcards are beautifully presented in hand finished folio boxes. They are a very special addition to my collection, but now I have the decision whether to actually send them… or keep them as a complete set.

These box sets can be ordered, along with other photographer and artist postcards, from the publishers, POLITE.